Since we were up for a spin around Presque Isle on an otherwise damp and cool day, we decided to go the the advertised Open House of the Erie Coast Guard Station.

We were first met by Sea Cadets, aka high schoolers, think of Jr. ROTC or Explorers clubs. They were helping park cars, give directions etc in their very neat looking cadet "uniforms"--think camouflaged pants and shirts, except in shades of blue and white instead of olive green and brown!

Our station now has 22 coast guard men and women assigned to it but 16-17 have apartments in the city although we were told all 22 have a room at the station and can stay there on the days they're on duty. We met a young guy from nearby Ashtabula who began his career in Virginia, then spent a year in a small town in Michigan before getting a chance to come to Erie (just 25-30 miles from his hometown). He told us that an average week sends them out into the lake/bay for emergencies on the water about one or two times, although they had a day last year when they were called out 8 times!

I found out that we've had our Coast Guard station since 1878, although its first year or two it was mid-way down the peninsula before moving out to the very tip where it is today. It's now on the peninsula side of the channel and next to Misery Bay where our houseboats are located.

I mentioned on the way home that although I can swim and enjoy boats I didn't think I'd join the Coast Guard..I don't think I'd like that much time on the water; ditto for the Navy. I guess it would be the Air Force IF I had to choose. Anne listened to my little speech for a bit and then asked, "Are we talking about next week or in the next life?" Ha ha! 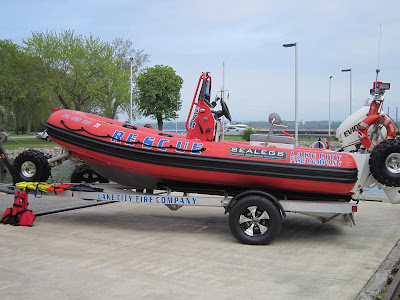 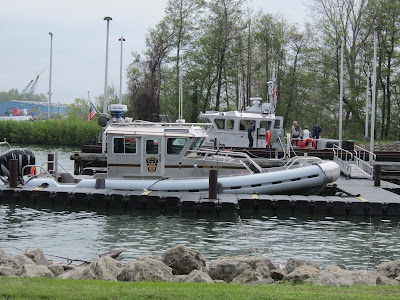 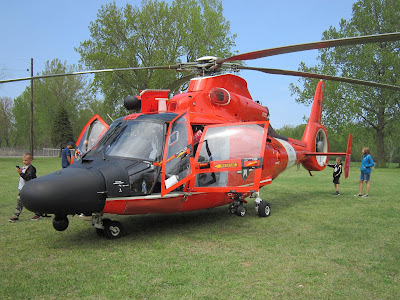 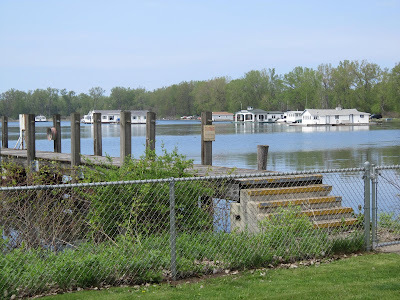