Thanks to the internet and the ability to read hometown newspapers online, get 24-7 communication with friends via texts, Facebook posts and emails, a vacation isn't really "leaving home" much at all. In fact, since I really love my hometown, my home, friends, ministry, etc. the only reason to take some time away is more for healthy psychological and mental reasons---a change of schedule, a break from daily responsibilities, and time for personal and emotional relaxation, so to speak. It's not just to "get out of town"!

That said, I am enjoying to no end a text from one of my more quirky friends who announced: "You missed a huge snow melt yesterday"! I had read the local paper already and knew exactly what she meant. Seems that the National Weather Service (NWS) had reason to doubt the extraordinary amount of snow that was recorded at the "official" site for our area--our airport--during a huge snowstorm last December 25-27. It seems that they put a study group together and last week announced that errors had been made by a novice snow observer at the airport and that the totals were being adjusted based on the numbers recorded by a 10-year snowfall observer who lived very near the airport. See full article here.

Much of my (our, since many of the sisters share this with me) enjoyment of this announcement comes from our memories of that time. All I recall is that our days consisted of just a few things: watching the Weather Channel, clearing off two dozen of our cars (every 12-hours, over and over again), going to prayer, meals and, as a novice snow observer for NWS myself, measuring the snowfall every few hours and sending the data into the Cleveland station.

We are proud to know that the measurements we took in our yard in Harborcreek were almost exactly what the (revised) official snowfall totals were for both the Christmas storm and for the season's total. Thanks to all my helpers--sisters who measured when I was out of town and all those who showed such interest and gave encouragement all winter. Let's do it again in 2018-19---maybe we'll be the one that the committee checks with to verify their numbers!

Oh, yes, it's really still August, so here's a local view of shore life. It's not unlike lake life, just saltier and much more crowded! 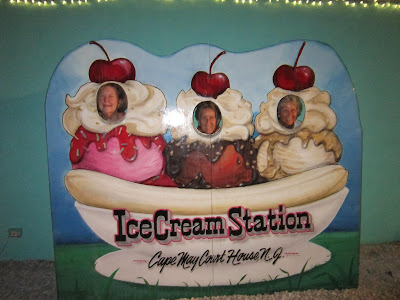 Lighthouses that guide the way 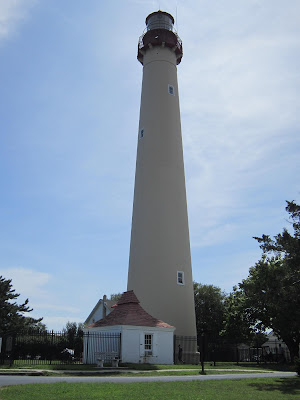 My love of lighthouses got a huge boost this weekend as I spent a wonderful 2 hours at Cape May Point State Park, home of the Cape May Lighthouse. Open in 1859, it has thousands of visitors a year, many of whom climb the steps right up to the observation deck that surrounds the light at the top. It is a beautiful sight to behold--though simple in design and not as "interesting," I'd say, as ours at  Presque Isle.

Additionally, every day that we drive home from the shore, we pass the Wildwood Lighthouse, which is entirely different from the one at Cape May, but just as attractive to us lighthouse lovers!

I remember once reading about a couple whose retirement plans included trying to visit as many lighthouses as they could, along all five great lakes. Add the ones up and down both coasts of the USA and I believe we have an impossible task, even in a lifetime, let alone retirement years. I'll settle for the DVDs that I know are out there!

BTW, do you know that wonderful wisdom tale of the standoff between the proud captain of a submarine and a lowly seaman in a lighthouse? Remind me to tell you. (Spoiler: the lighthouse wins!)


Every summer we looked forward to a visit to Erie's Waldemeer amusement park. One of every child's favorite rides was the Old Mill Run. You rode a rickety, wooden flat boat through a long mill trough filled with water and, after a 3-4 minute trip, ended with a finish that sent you down a hill causing a huge spray of water to engulf the riders and even nearby onlookers. 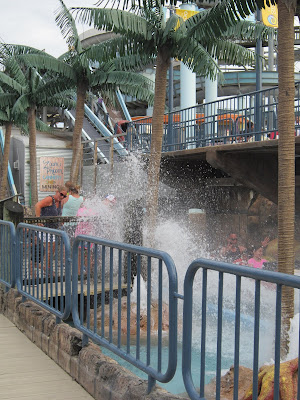 Look at this! Flash forward a number of years and here on the Jersey boardwalk I found the 2018 version of the Old Mill Run. There is even a "splash" area where onlookers can get a cooling off. But the part that amazed me was this: a dryer! 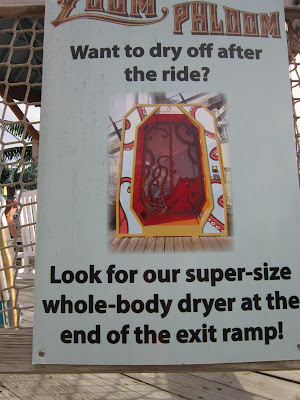 "What?" I said to myself. You mean you don't have to walk around the rest of the park for 30 minutes to dry off, yet proudly showing off your Mill Run dousing?! Sad...it was more fun the older way!

If you're in the middle of a stay-cation in Erie or anywhere, please enjoy some of mine.

The signs of late August are all around us this weekend: photos of freshmen moving into their dorm rooms (highlighted by two newly built dorms at local colleges) fill our papers; one of our sisters who teaches in a local university is getting set for her first days of classes this coming week; our flowers are either dying away or on their sure-to-be last days of blooming; the apples in our small orchard are getting pretty big, ditto for the grapes in the miles of surrounding fields--some have even just begun to turn light purple. And, two large families of three of our sisters came this weekend for family get-togethers before the summer weeks end.

In spring the national arbor foundation promised to send out saplings for a certain donation level. One of our oblates did donate and gave us the dozen saplings she received. I planted them as best I could (they all looked like bare twigs at the beginning!) and much to my surprise, about 1/2 of them are showing signs of "making it." I've been looking into winter/snow/deer protection for the coming months and I've found some options. After vacation I'm going to have to visit our local Stan's Garden Center and see what they recommend for survival over the long and cold winter days! Meanwhile, I just keep watching them grow and grow. 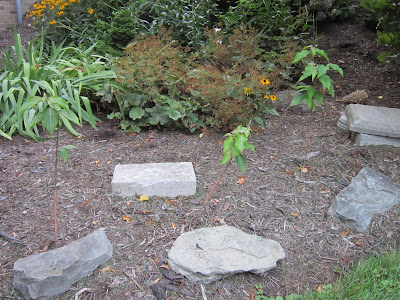 It's been a couple of hard days here this week as our diocese is one of a number in Pennsylvania that are the subject of a two-year grand jury study on abuse by Catholic priests. The whole subject is shocking and has brought great sadness, along with its share of anger and distress, to the people of the Church and many others as well.

Our bishop, who has only been with us for a little more than five years, is turning out to be quite the "stand-up guy" through it all. His communications director, with whom I worked when her 20-something children were newborns and toddlers, is also contributing mightily to the admirable statements and transparent honesty that are marking their compassionate responses.

A difficult, very difficult side of humanity.

But as the poet would say, "And yet the flowers, the flowers continue to bloom and share their beauty without cost or question."


See our community page for a front page news item on the LCWR's resolution on racism. Here.

Life in St Louis this week means life with the Arch, which is literally right across the street from our hotel and right outside our room’s window, too. Of all the topics we are exposed to within the LCWR‘s concerns the topic of immigration is right in front of us—-the Gateway to the West is right here. And to whom is that Gateway open? 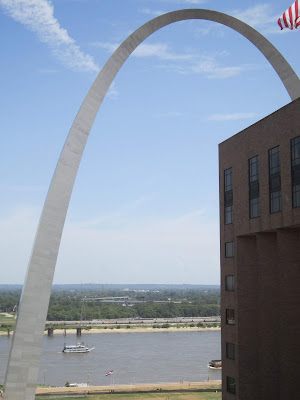 The view from our hotel window.
Magnificent!

A mile and a half walk on Front Street, a ridge above the dock area of the city right along Presque Isle Bay, brought these photos to share with you.

One of our sisters has a very, very green thumb and plants, especially African violets, flourish under her care. One of our parlors has an African violet that she has started from a single leaf on every available table space. They are beautiful. But, in addition to this plant paradise she has dotted the little ledges between the upper and lower parts of the three windows with those cute little sun-powered bobble toys. There used to be just two or three but tonight I counted a dozen, lots of new ones I'd never seen before: a Hawaiian dancer, a rocking Santa Claus and lots of flowers. Since these windows have a southeast orientation the sunshine makes them wiggle and waggle all day. Cute! (We are in the midst of our annual LLL Summer Community Days, BTW, and this blog post fits into the second L: leisure!) 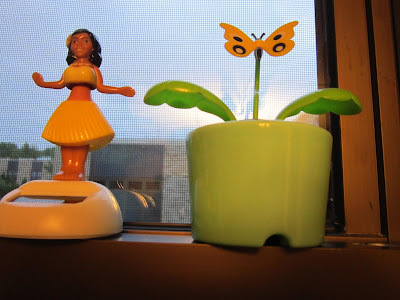 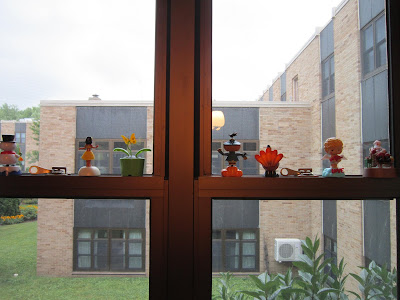