Day after day last week we watched the evening news start off with reports on the early, yet major, snow storms that were battering the West, Midwest and finally, this past weekend, New England and the east coast. For an area that averages nearly 100" of snow a season, the awareness that we were having no snow at all during this time was shocking. Oh, we'll certainly get ours--there's no doubt about it, but if it's not coming from Canada, sweeping over the three Great Lakes that are west of us---it really isn't that unusual that the storms that travel up the east coast, don't reach us, here on the other side of the Allegheny Mountains.

Here's what we found on a quick trip around Presque Isle State park, while others were shoveling out or waiting endlessly in airports.

I just couldn't resist a follow up from Monday's blog--the wonders of YouTube. Here's the 1950s cartoon of "Here Comes Susie Snowflake." It really wasn't a Christmas show at all. It was more like a PSA interlude between shows, as it was only 2 minutes long.

Or if you prefer, here's Rosemary Clooney's version. She's the one who really made it a Christmas song. Trivia: Rosemary was married to the actor/director Jose Ferrer and the mother of the late actor Miguel Ferrar who played Owen Granger on NCIS Los Angeles. 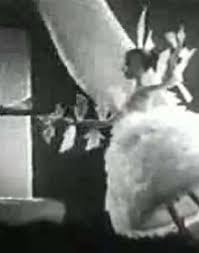